Resources for small scale geothermal power plants can come from hot springs with adequate flow rate, well head generating units of a high enthalpy wells, waste brine from a high enthalpy power plants, low-medium enthalpy wellbores in a volcanic hydrothermal systems and low-medium enthalpy wellbores in a sedimentary basin system. According to Vimmerstedt (1998), small geothermal projects are less than 5 MWe. Small scale geothermal power plants could use a flash system or binary cycle technology. Flash steam power plant in small scale applications are low cost, relatively simple, and require no secondary fluid. However, compared to a binary plant, the flash steam plant operates at higher temperatures. Binary plants operate at lower temperatures and use a second working fluid. Binary geothermal power plants use working fluids or chemical fluids known as a secondary fluid that boils at a lower temperature than water. To encourage geothermal electricity production, small scale also can contribute. This technique can be applied to more remote areas which are currently powered by diesel generators or become an alternative for low-medium enthalpy geothermal resources.

Within the GeoCap programme the potential for small scale geothermal power plants was studied in more detail, especially with the binary system. Technical, financial and social aspects have been studied. Main results of the technical aspect study  are the power input and output scheme based on fluid properties and availability. The financial aspect study gives insight in the sensitivity on project cost versus IRR value as a function of parameters that been used. The social aspect study describes key factors to elevate the project. All aspect results will be used for arranging related stakeholder functions and the project time schedule. 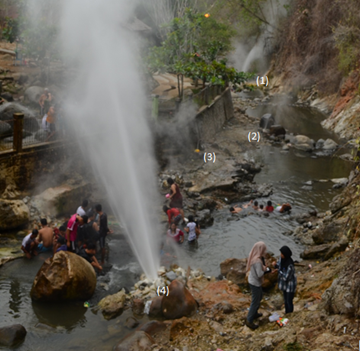 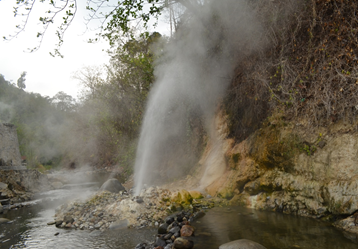 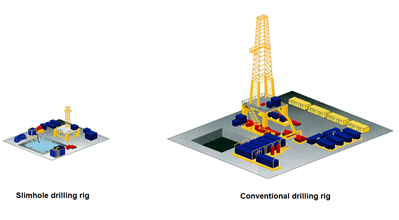 Figure 65 Comparison between the size of a slimhole drilling rig and a convention one (source: Schlumberger)

The net power that can be generated by the Cisolok hot spring is 23 kWe using n-pentane. The selection of the turbine pressure design that is used in this system is 3 bar. The mass flow of the working fluid is 1.2 kg/s. The power generation in Salak is generated by utilizing the brine after the separator. By simulating the binary cycle output, the total power that can be extracted is approximately 13 MWe. However, by referring to the small-scale project that we discussed, the maximum power generation for this case is adjusted to 5 MWe. Using n-pentane as secondary fluids with mass flow rate 89 kg/s will generate 5042 kWe net power. For the slim holes in sedimentary basins, electricity can be used using standardised low temperature ORC modules. Depending on the potential of the sedimentary basin, the power output is estimated at 300 – 1,500 kWe. 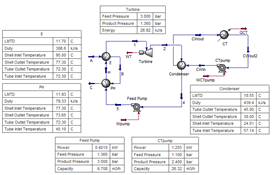 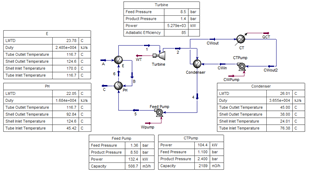 Market and social aspects could contribute to the feasibility of the project. Although power generation is limited, a small scale geothermal power plant at Cisolok and Awibengkok-Salak will replace fossil fuel utilization for the Jawa-Bali Interconnection. Fuel demand and greenhouse effects could also decrease from energy diversification.  Social mapping and social engineering programmes should be applied on Cisolok (in-situ) conditions to minimize potential social barriers in a small scale geothermal development and find effective solutions to mutual benefit, enabling successful small scale geothermal development. The estimated time to implement a small scale power plant is 5 years, which consist of a pre-feasibility study, feasibility study, business case, development stage, and commissioning. A project organizational chart has been defined. These tools can be used to eliminate barriers and implement effective management in the project development process.