Ahmad Fauzi Purwandono started his PhD study in 2017 with a sandwich construction between the Faculty of Geosciences at the Utrecht University (the Netherlands) and the Department of Geology (Faculty of Enginering) at the Universitas Gadjah Mada (Indonesia).

The main objective of his research is to improve the conceptual understanding of the formation of geothermal resources in Flores Island, from geodynamic perspective. The outcome of this study is a to understand how does the tectonics of Flores evolve and controlling in relation of volcanic and geothermal occurrences.

In his first year, he focuses on obtaining a better understanding of the tectonic setting of Flores island magmatism occurrences, and lithospheric structures, and their effect and control on magmatism for geothermal energy exploration, based from available published data.

Numerical simulation in regional scale with magmatism initiation is considered for the next stage of research. In order to do that, fieldwork was conducted along the Flores Island, starting from west, Labuan Bajo, to Easternmost, Larantuka, collecting volcanic rock samples and also geological structures data. The bad condition of the road and hilly terrain makes it more challenging. 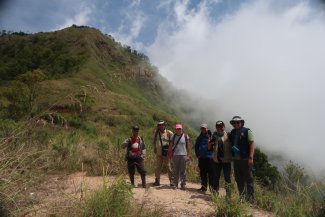 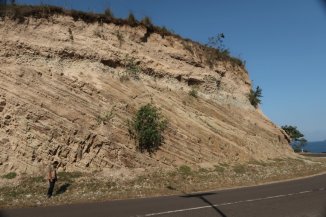 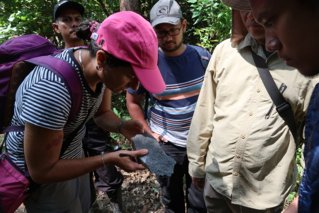