Generally about this work package

The GEOCAP work package “Drilling skills” focussed on A) corrosion problems B) a study on gas lift in production wells re-using gas from the reservoir and C) using slim hole drilling techniques. Several items for this work package are worked out by ITB and IF Technology.

For this handbook, the latter item is worked out more in specific. However, the reader of this handbook-item is advised to have a more detailed look on the GEOCAP website for the other interesting articles and reports that have been made for this work package.

The focus of Indonesian geothermal market is exploiting big geothermal fields in high enthalpy volcanic systems. However many remote areas in Indonesia are less populated, less accessible and less developed. Expensive and complicated deep and high enthalpy projects will not easily be developed in these areas.

In this research, we investigated the direct-use of geothermal heat in industry using slimholes in sedimentary basins as competitive alternative to conventional sources of energy. 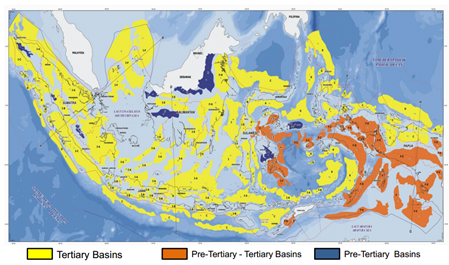 Indonesia has one of the largest geothermal potentials of all countries in the world. In Indonesia, geothermal energy is synonymous with power generation from high enthalpy volcanic systems. These volcanic systems are commonly found in mountainous and therefore quite sparsely populated areas, while industrial centres are concentrated in the lowlands where there is lots of people and good transport infrastructure.

The downside of sedimentary geology compared to volcanic regions is that the geothermal gradient is generally lower. This means that much deeper and therefore more expensive wells are required to achieve the same production temperature. The upside is that the permeability of sedimentary layers is more uniform, reducing the drilling risks and the need for extensive exploration efforts. On top of that, many sedimentary basins have been subjected to oil and gas exploration further reducing the need for additional surveys and exploration wells.

As there is no conversion efficiency in a direct-use application the potential thermal power output of a well is generally significantly higher than the electrical power output. The downside of a direct-use well is that thermal energy is much harder and therefore more expensive to transport than electrical energy. This means that the energy must be used locally putting a restriction on how much offtake you can realize.

As an example, a conventional geothermal well in a sedimentary basin: It could easily produce a flow of 250 m3/hour. If this flow were cooled down by 50°C, the thermal output of the well would be about 20MW. The demand of the local industry however is in almost all cases lower than 20MW. This leaves two options, pooling multiple users together or developing smaller wells (also called slim-hole wells). The challenge with pooling different users is that it becomes much more complex from an organizational perspective.  All parties have to agree on the set-up and operation of the project. It is therefore worthwhile to look at the option of using smaller and cheaper wells to provide a suitable power output for a single user. 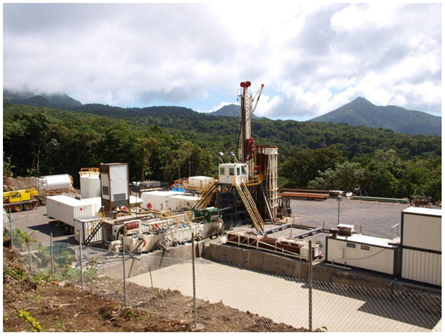 Making these small-scale geothermal direct-use projects feasible requires the smaller wells to also be cheaper compared to conventional geothermal production wells. Slim hole wells are already applied in oil and gas industry as well as in mining and geothermal exploration. As far as we know slim hole wells have not (or only scarcely) been used as direct heat supply for industry or other applications.

Set-up of the research

First a literature review about the state of art of slim hole drilling worldwide and especially in Indonesia was performed. Market opportunities within the Indonesian Industry have been evaluated. Based on this information a well design for a specific case was made and a business case was developed to verify the economic feasibility.

The most and biggest cities are located at Java, the relative potential can be found there. Besides this, the most information of the geology (temperatures, depths and Aquifer thickness) is available from Java within the GEOCAP project (WP 3.0). This is the main reason this study focussed on two industrial Estates located near Jakarta. These Industrial Estates are situated in the Northwest Java Basin. These industrial Estates are Jababeka and Karawang.

Figure 46 Location of Jababeka and Karawang

In the Jakarta area, in the Northwest Java Basin, two major Aquifers are situated, the Baturaja Aquifer and the Talang Akar Aquifer. The temperatures and depths of several wells in this area have been mapped. From this data, it is found that the most potential aquifers are found at circa 2500m depth and the reservoir temperatures are around 120 degrees Celsius. 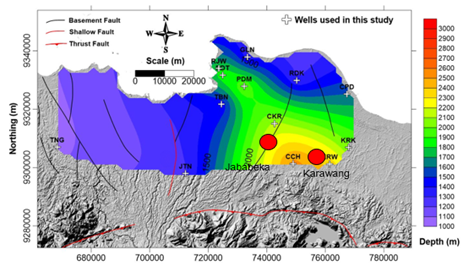 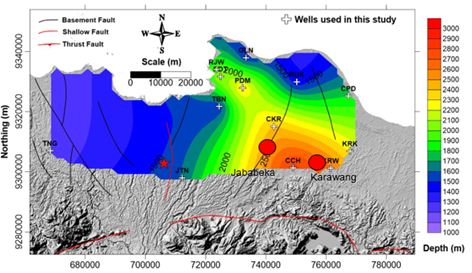 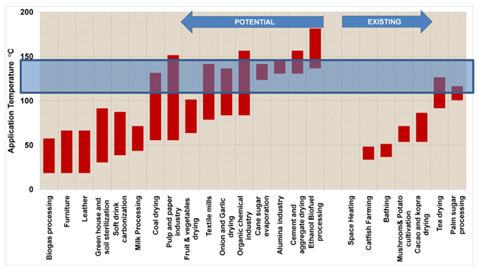 For this specific case a slimhole design was made and the business case was calculated using a new developed excel tool. This tool is available on the GEOCAP website. 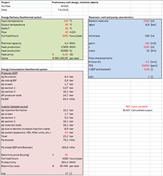 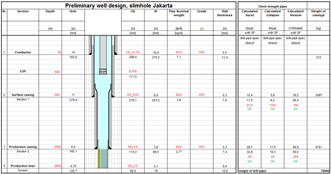 Figure 49 Typical input and outcome of the excel tool