Indonesia has the goal to significantly increase geothermal power generation in the future. Subsurface data availability and a regional geothermal resource evaluation are key in stimulating geothermal development. It makes it easier for new companies to enter the area and it helps research projects. A legal framework could enforce geothermal (e-) reporting and data supply to the government, which could then be made available internally and publicly, with the appropriate restrictions, through a web portal.

Geothermal energy has the benefit of being renewable and does not contribute to global warming. However, it does have to compete with other (non-renewable) sources of energy such as coal and oil and gas. Subsurface data availability and a regional geothermal prospectivity analysis can decrease the costs in the exploration phase and increase the success rate of geothermal projects.

Subsurface data in Indonesia is mostly not publicly available and companies are not obliged to supply data to a government organisation. There is room for improvement, which could benefit geothermal development.
As an example, there is the comparison between The Netherlands and Germany. In the Netherlands, most subsurface data is publicly available where in Germany it remains within the company that acquired the data. As a result, geothermal development in Germany is minor compared to The Netherlands, even though the companies have similar geology. 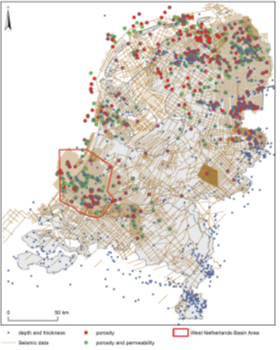 The work has mainly been focussed on three activities:

A structure and design for the GIS web portal was proposed: ESRI GIS software and their ArcGIS API4 JavaScript library which will make use of an ArcGIS map server, which holds all the data. In addition, a second opinion was given on the “Development proposal Indonesian Geothermal Data Centre”.
An ArcMap database has been setup with data from the green book (Profil Potensi Panas Bumi Indonesia) from MEMR. This information has been translated into English and put as metadata of geographical data items such as licences. Additionally other datasets such as wells data, temperature measurements, heat flow values and volcano locations have been added. MEMR has created a webportal based upon these recommendations: http://igis.esdm.go.id/igis/ 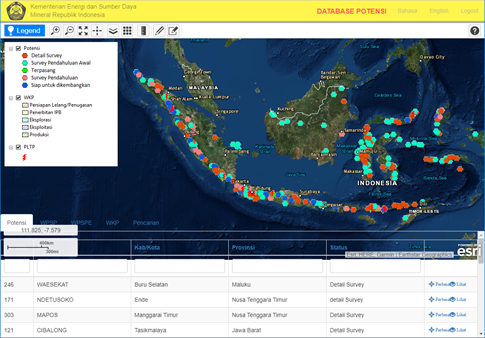 Figure 71 Screenshot from the webportal http://igis.esdm.go.id/igis/potensi/index

A four-day course was developed presenting the status in The Netherlands concerning:

Most of the subsurface data in the Netherlands is collected by the government and made public. The government also finances regional nationwide studies using this data, resulting in 3D models of the subsurface, which can be used as a starting point for geothermal exploration. In Indonesia most of the data is not public. It could be interesting for geothermal development to increase the amount of public data in Indonesia. 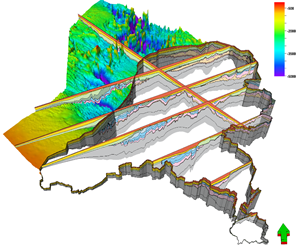 Figure 72 3D subsurface model of The Netherlands covering both the on- and offshore areas. This model was constructed using publicly available data such as seismic surveys and well logs.

Several of the items discussed could be interesting for the Indonesian geothermal setting. These will be taken on board in discussion with the ministry on future developments on for instance an updated e-reporting scheme or an updated storage environment for subsurface data. 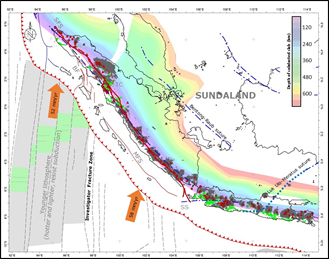 Fauzi and Lukman have started their PHD’s at Utrecht University under the supervision of prof. Jan Diederik van Wees. Fauzi will focus on Flores which is earmarked to become a geothermal island and Lukman focusses on Sumatra. They have started gathering data and familiarizing themselves with the methodologies used in Europe (geoelec) and The Netherlands (thermogis). This methodology is designed for sedimentary basins. Fauzi and Lukman will look into adapting the method for volcanic areas and possibly also investigate the sedimentary basins on the two islands. This includes improving the understanding of regional tectonic volcanism and acquiring additional data such as MT data. 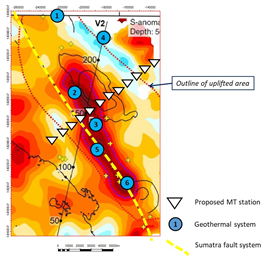